Today is the 150th birthday of Montana’s favorite adopted son, Charles Marion Russell. Otherwise known as C. M. Russell or Charlie Russell, he is regarded as one of the most talented western artists in American history.

Russell was born in Missouri. As a child he would listen to the stories told by the fur traders who traveled America’s only interstate highway through the west at that time…the Missouri River. He became so enamored with the thrilling stories of cowboys and Indians and the western way of life he moved to Montana in 1880 at the tender age of 16. After working on a sheep ranch, and as hunter and trapper, Russell would go on to portray the American West with oil on canvas, and later as a sculptor.

Many believe Hollywood’s portrayal of the American west in western movies was lifted from many of Russell’s paintings. In honor of Charlie Russell’s 150th birthday I share with you here just some of the more than 2,000 paintings Russell made during his illustrious career.

A Tight Dally and a Loose Latigo (1920)
Amon Carter Museum of American Art − Fort Worth, Texas

In Without Knocking (1909)
Amon Carter Museum of American Art − Fort Worth, Texas

Meat’s Not Meat Till It’s in the Pan (1915)
Thomas Gilcrease Museum − Tulsa, Oklahoma 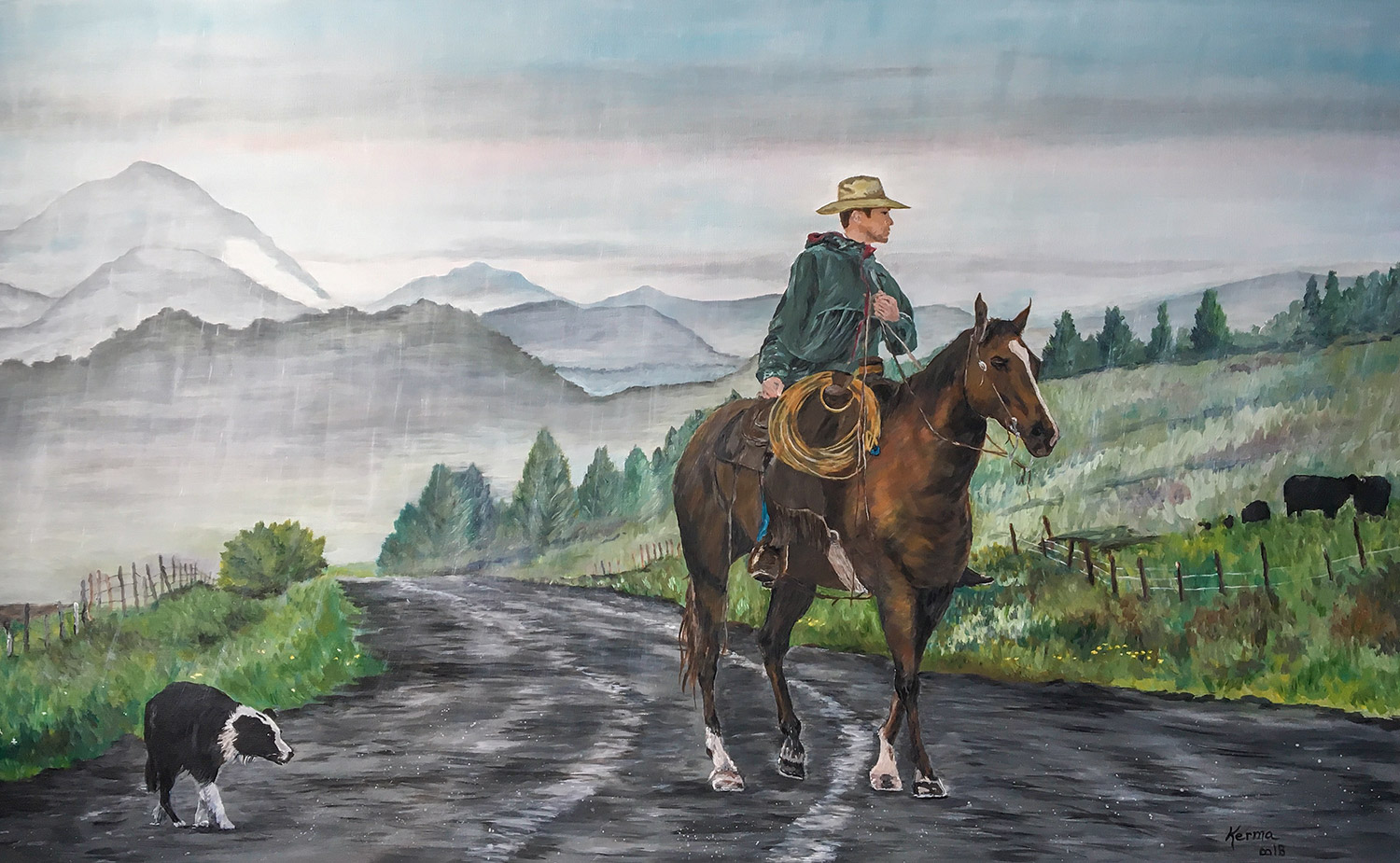 Cowboy photo becomes the inspiration for an acrylic painting 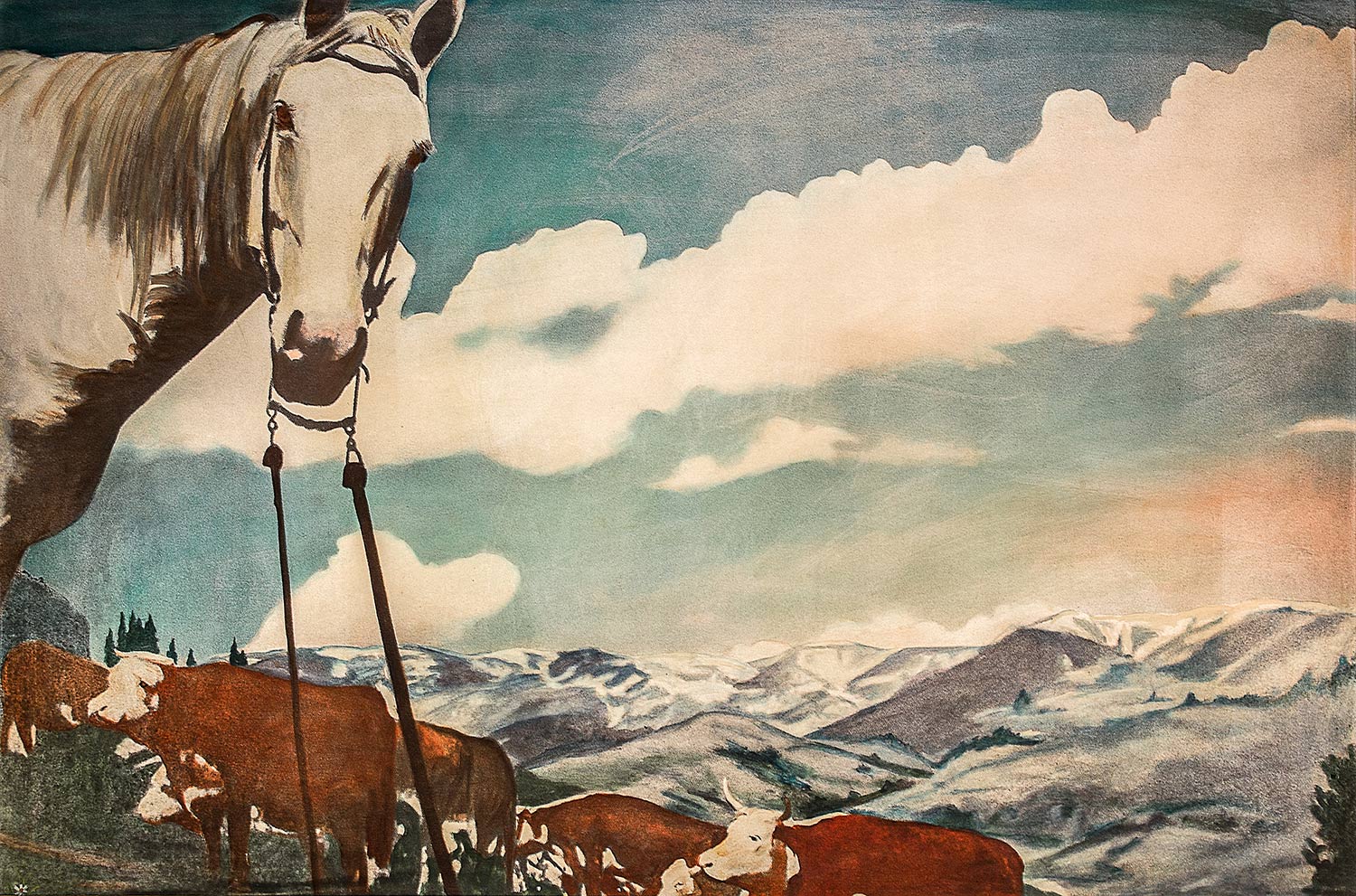 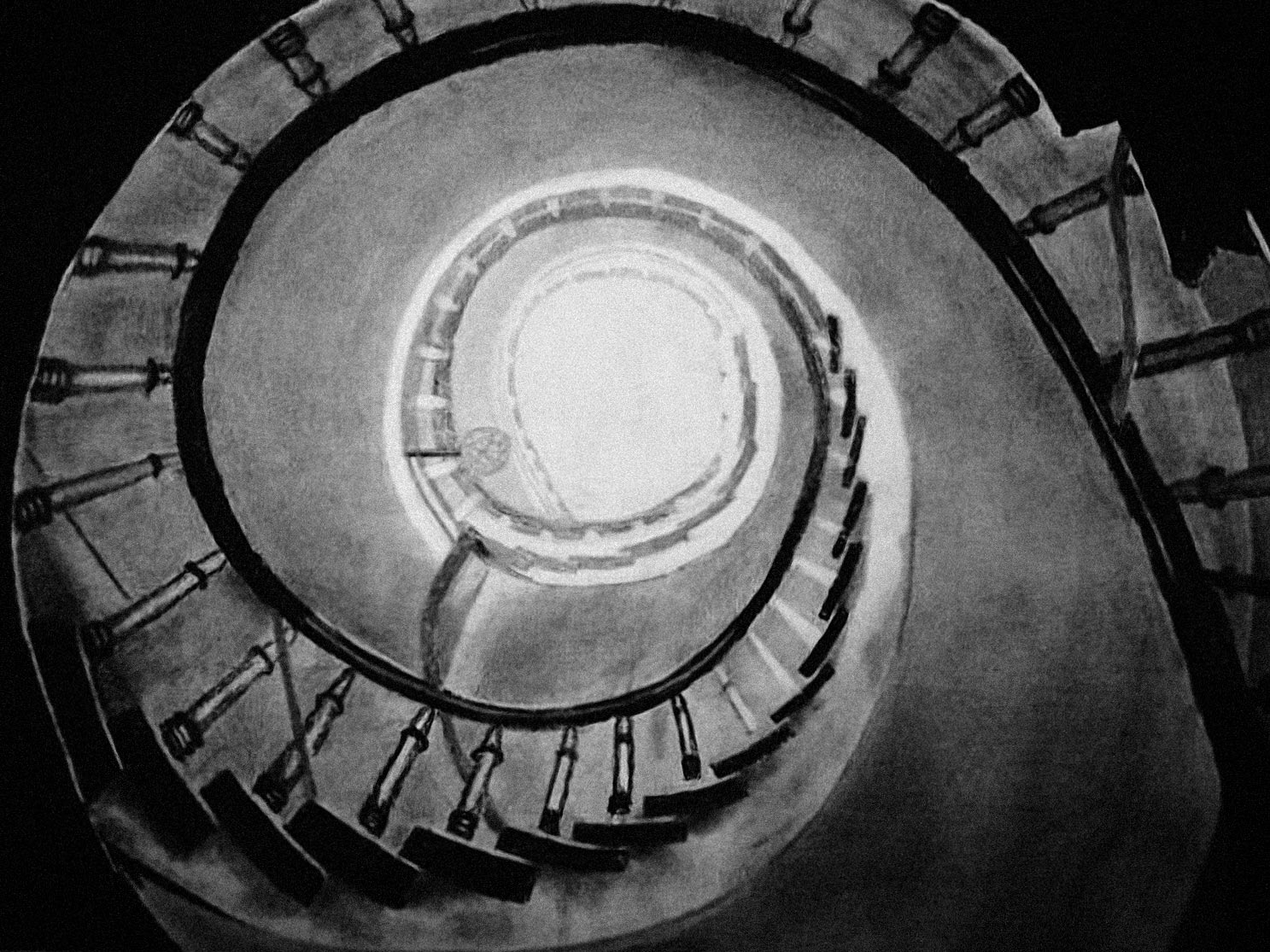 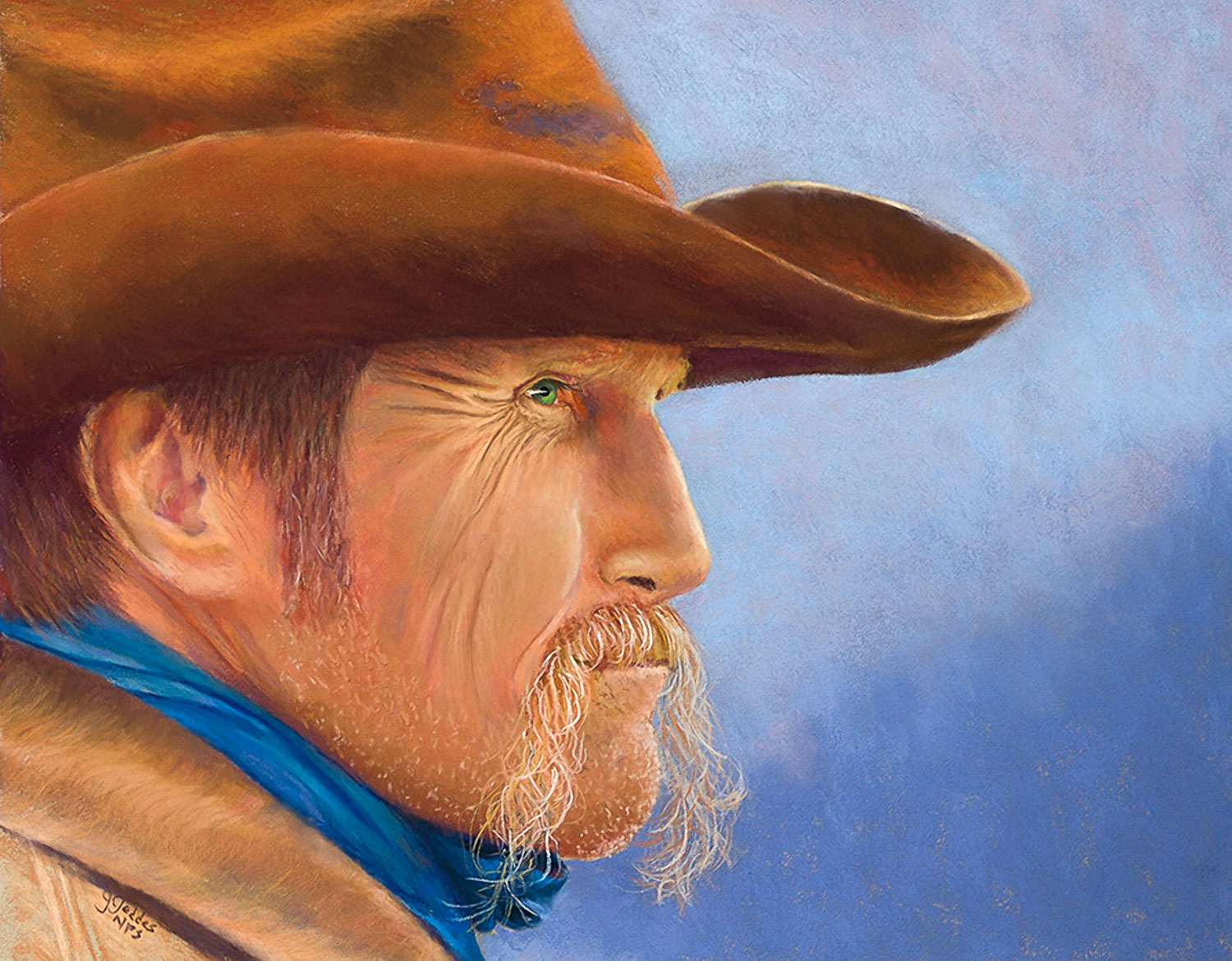 Painting inspired by my photography of cowboys 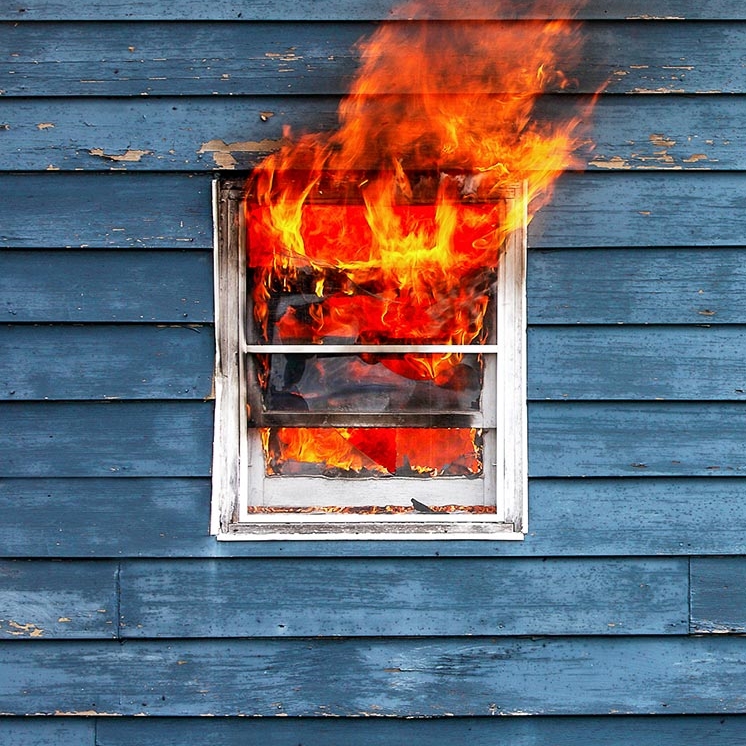 When is art really art? 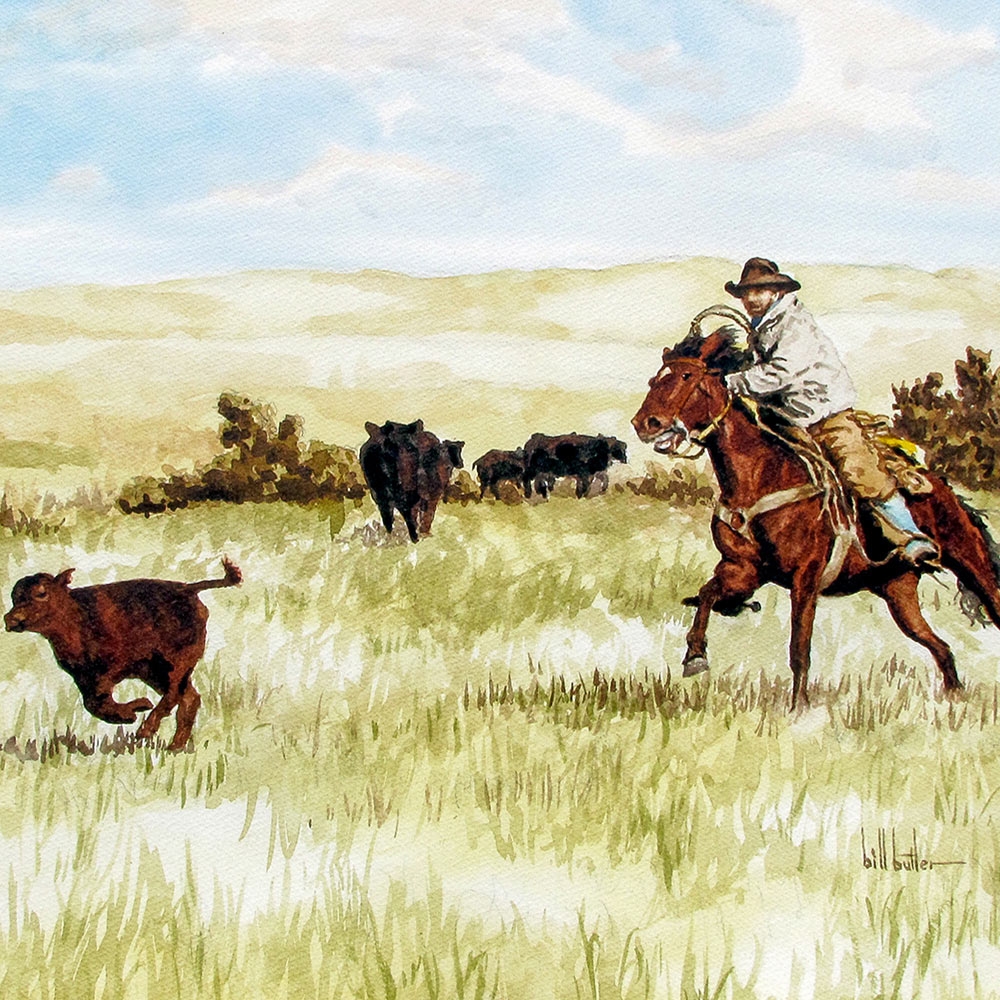 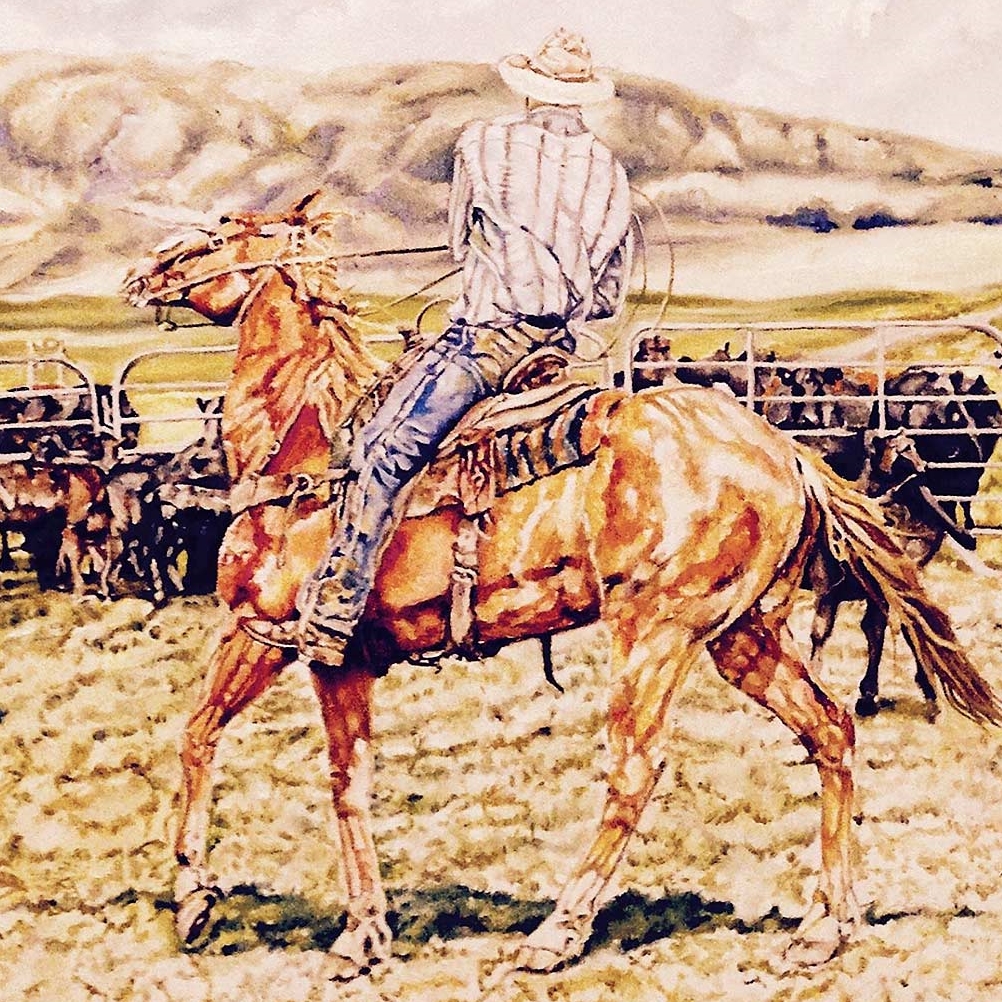 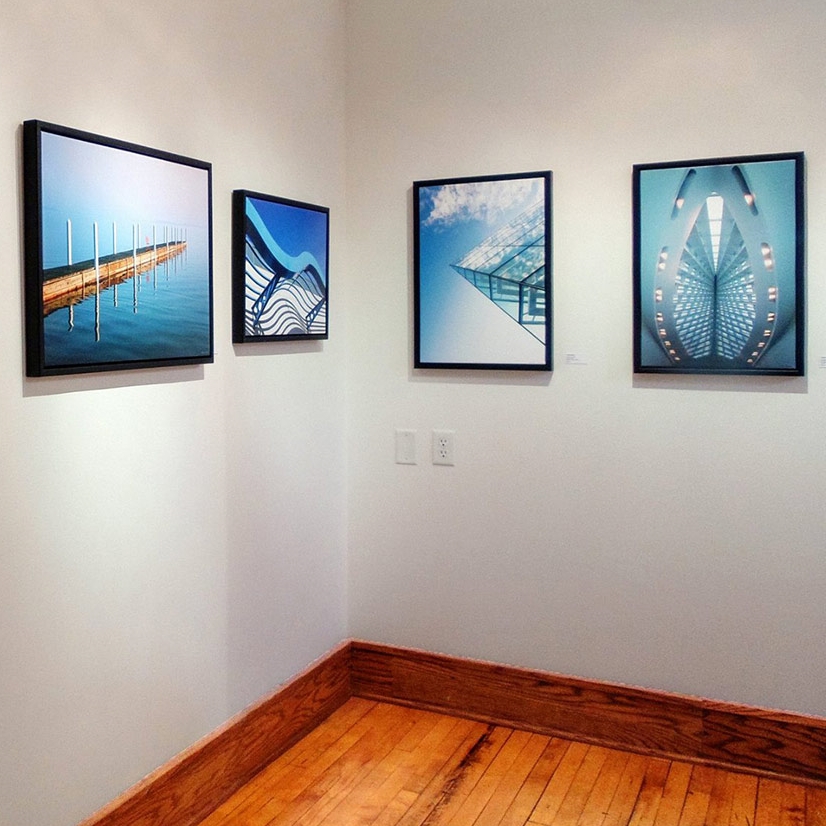 My gallery show at Marzen Galley 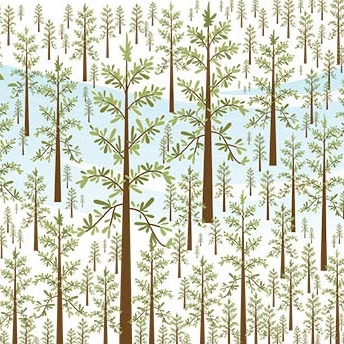 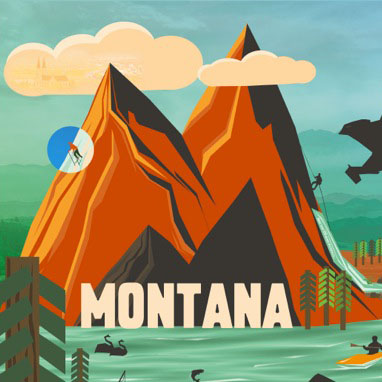 Montana is the “last great place” 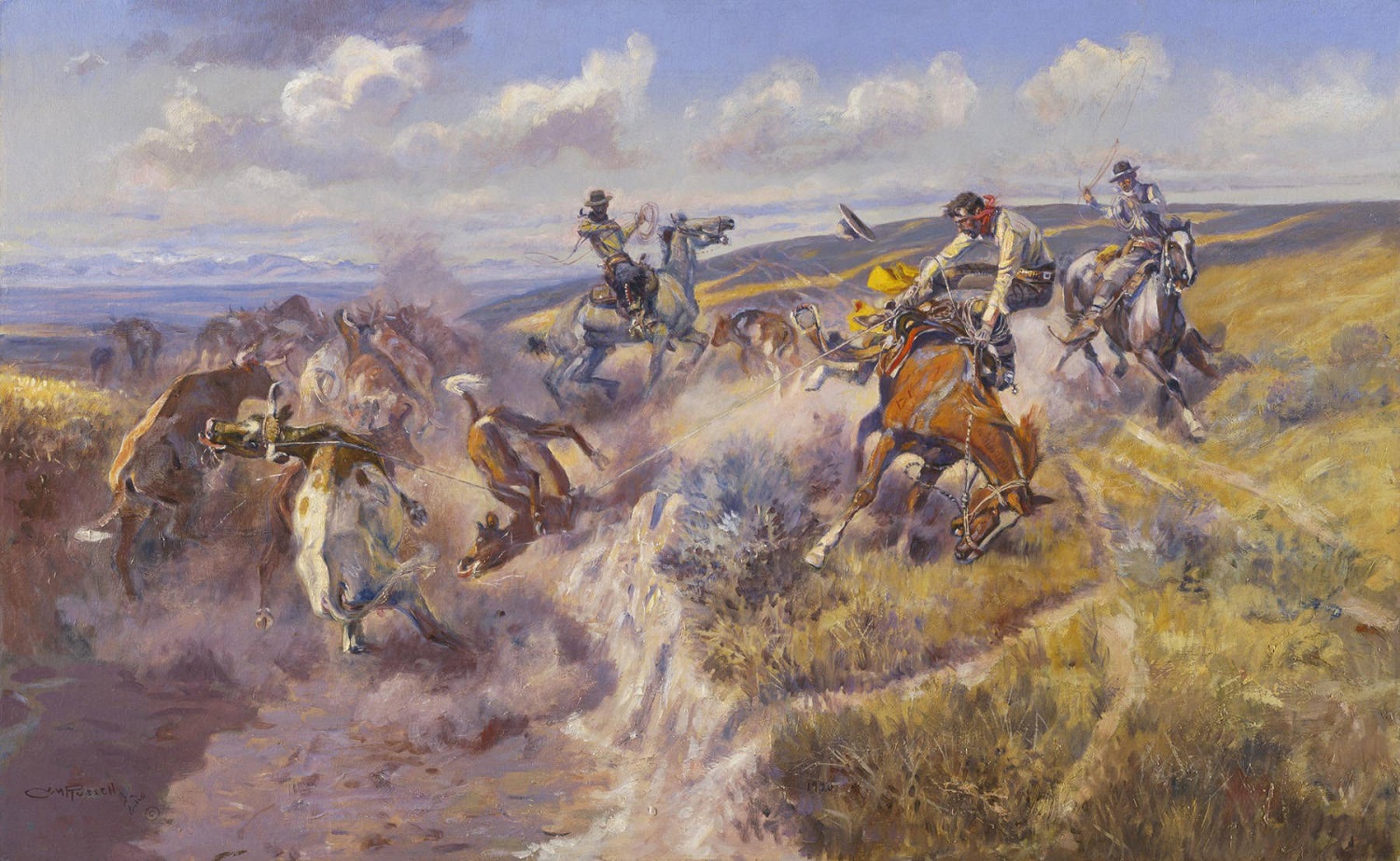 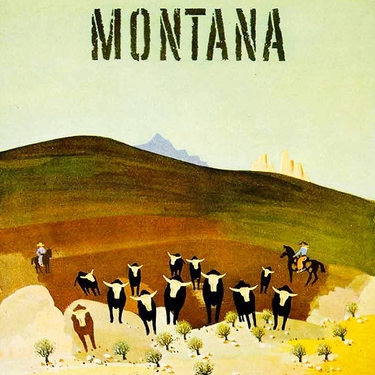 When ads were cool
◀40 Signs You're from Montana
Making the Photo: Granary Chill▶